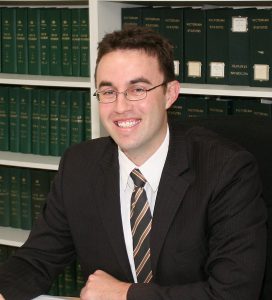 Aaron has worked at Taylor & Whitty since 2009 and became a director in 2017. Aaron graduated from the University of New England with a Bachelor of Laws and Bachelor of Science (Chemistry). Aaron primarily practices in the areas of leases and conveyancing (commercial, rural and residential), commercial and civil litigation, criminal law together with wills and estates.

Aaron is the President of the Finley Basketball Association and enjoys swimming, basketball and golf.